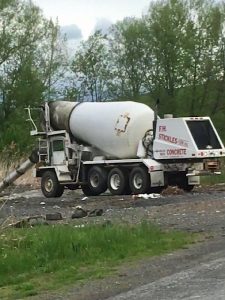 The May 3rd post “Unbelievable” on our favorite local blog GossipsOfRivertown.blogspot.com caught our attention. This F.H.Stickles concrete truck dumping waste concrete next to a stream running into the Hudson River is a local demonstration of one of the central laws of capitalism.

For more pictures of this incident go here.

Every company seeks to get someone else to pay for as many of its costs of doing business as possible. The laws of capitalism require this. If all of Stickles’ competitors are similarly avoiding the costs of disposing of their waste concrete they must do likewise. Otherwise their cost of doing business would be higher. In the short term their profits will be lower. In the longer term they will be forced out of business because they will have to charge higher prices. This is so regardless of the moral values or sense of community of the owners of F.H.Stickles. This how capitalism works.

END_OF_DOCUMENT_TOKEN_TO_BE_REPLACED 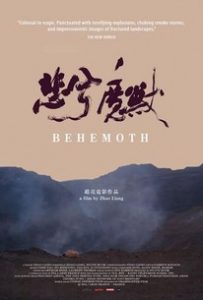 My friend Joe Keenan recently sent me an article by Vicki Boykis, “Fix the internet by writing good stuff and being nice to people” from her blog Woman.Legend.Blog.

Today’s internet is mean. It’s hard to pinpoint exactly when everyone online became a jerk, but to me it seems that the tipping point occurred right when making money off content started being worth more than the content itself.

Ms. Boykis devotes a lot of attention to the fate of the internet to be just another platform for grabbing our attention to deliver advertising messages.

Of course, since the election, many people, including myself, have finally internalized that Facebook is a burning dumpster fire of memes and political messages that physically exhaust everyone and cause social anxiety, to the point of directly influencing our political process. But, we’re so wired to check for positive reinforcement that we can’t tear ourselves away.

Which brings me to the saddest thing about these platforms: they are taking all of our input and time, and our thoughts, energy, and content, and using all of that for free to make money. Think about how many times you’ve tweeted. Or written or commented on a Facebook post. Or started a Medium draft. These are all our words, locked in proprietary platforms that controls not only how our message is displayed, but how we write it, and even more worrying, how we think about it.

None of this is new. It is all a predictable extension of the gigantic advertising industry that began its dominance of our culture and our visual landscape in the first decades of the 20th century. It gained strength and penetration into our lives with each communications revolution, radio, TV, now the internet. The internet brings such a granularity of messaging that if you do a few searches in Google for information about Iceland while in Hudson NY you will quickly see advertising pitches for hotels in Iceland appear all around you.

Since we have all grown up in the same corporate fish tank it is hard for us to recognize how complete the reach and scope of the demand management industry is. (Advertising executives referred to their industry with this term back in the 1920s – some economists have continued – see J.K. Galbraith New Industrial State 1978 for example)

This intense focus on demand management is reflected in the amount of retail space there is here compared to other developed countries.

Since 1995, the number of shopping centers in the U.S. has grown by more than 23% and GLA (total gross leasable area) by almost 30%, while the population has grown by less than 14%. Currently there is close to 25 square feet of retail space per capita (roughly 50 square feet, if small shopping centers and independent retailers are added). In contrast, Europe has about 2.5 square feet per capita.
…….The primary and underlying reason for this condition, and why it will continue ad infinitum, is that growth expectations/demands of shareholders, independent owners and Wall Street are higher than the growth of the real economy. And this has been the case for at least the last 25 years2

I point out these facts to suggest that our troubles with advertising on the internet fits into the long-term strategy of capitalists to grab our attention and shove their messages down our throats with ever increasing intensity. This is not new, we are just in a new technically more sophisticated era.

One idea about controlling advertising might be to require the facts and claims mentioned in advertising to in fact be verifiable. We are all intensely upset over our new age on non-fact, counter-fact, alternative-fact politics. Yet, for decades we have allowed advertisers to lie and cheat without bounds in their promotions. An effective enforcement of the  Truth in Advertising Law would be a start.But that would require a government controlled by the people not the corporations and rich.