Here is my reply:

Though I can understand your desire for re-election, what have you actually done? Why do you expect voters to contribute to a campaign that is two years away when so far you have delivered no results? You have not even put proposals for key issues on your website so that we can see what and who we are supporting.
What are your proposals to improve the healthcare system?
More specifically what are your proposals to make our healthcare universal, cost effective and top quality?
In 2011 the United States was number 1 in terms of health care spending per capita but ranked 39th for infant mortality, 43rd for adult female mortality, 42nd for adult male mortality, and 36th for life expectancy. Our competitors for healthcare outcomes are amongst the poorer countries in the world. While our developed country cohort features some of the best health outcomes.
Our number 1 position in spending is not some neck and neck affair crossing the finish line. In 2011 the US spent $8,508 per capita on healthcare.   The UK spent $3,405 per capita, Canada $4,522, the Swiss spent $5,643. They are the next highest to us at 66% of our spending. This enormous gap in spending is not a recent phenomenon. The gap has been widening for decades.

Repealing Obamacare is not the issue. Everywhere in the developed world the standard for healthcare is universal access with world class results at an affordable cost. Each of these countries has somewhat different approaches. All of them have worked for decades. There must be some good solutions that we could adapt to our situation. That is your challenge Mr. Faso. 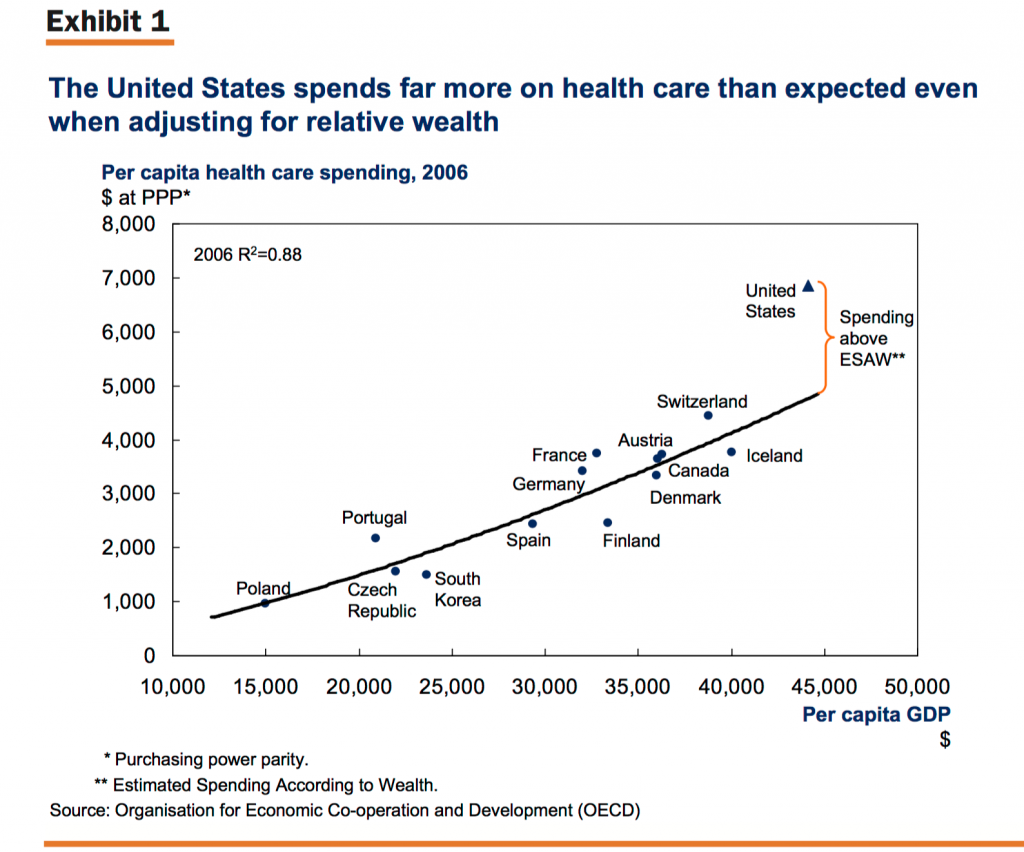